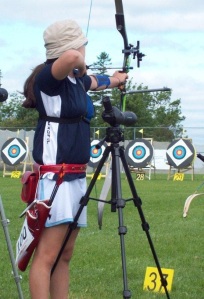 The tournament is on an eight year provincial host rotation and since this annual tournament regularly changes locations it is an awesome way to get to see Canada. Below is a listing of the provinces that will host the Championships over the next 8 years.

This year the National Championships are being held in Delisle, Saskatchewan from August 9th to August 14th.

If you are interested in participating in the Canadian National Outdoor Championships visit the Archery Canada website for details and registration.